A man has been cleared of assault after an incident in Newport that left another man with bleeding around his brain and no memory of what happened. 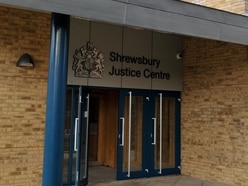 Dominique Eleftheriades, 22, was found not guilty by a jury of inflicting grievous bodily harm on Kyle Thomas outside the Barley pub in Newport.

He had admitted hitting Mr Thomas but maintained that he struck out in self-defence.

At Shrewsbury Crown Court on Friday a jury deliberated for about an hour before delivering their verdict that Mr Eleftheriades was not guilty of one count of inflicting grievous bodily harm.

Earlier in the trial, the court heard that Mr Thomas fell on his head after the blow on May 26 last year, and woke up at the Princess Royal Hospital in Telford.

Medical evidence showed that he suffered bleeding to the fluid around his brain and bruising to his brain tissue. He had no recollection of being hit when he gave evidence.

Eleftheriades, of Forge Way in Chester, was represented by Brendan Reedy and the prosecution by Jason Aris.

Wellington's history man calls it a day after 55 years

Veteran Wellington historian Allan Frost is bowing out next month after ov..